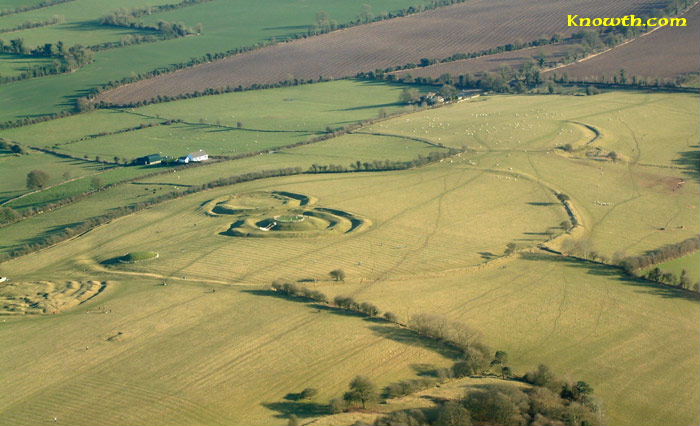 The Hill of Tara summit is enclosed by a Iron Age Royal Enclosure known as the Fort of the Kings. 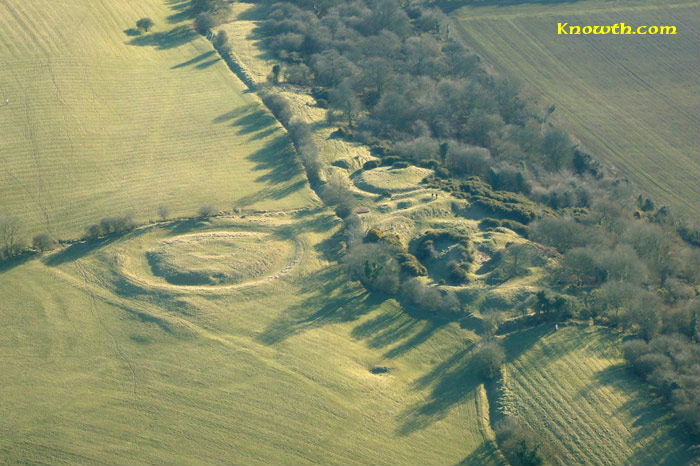 
The Hill of Tara in the Boyne Valley is ceremonial site associated with kingship rituals. From the time of the first Celtic influence until the Norman invasion in the 12th Century, the Hill of Tara was Ireland's political and spiritual capital. The King of Tara represented a very old ideal of sacred kingship in Ireland, imbued with mythical aura. Many Kings of Tara were also High Kings of Ireland.

An Irish Army Air Corps aerial view of the Hill of Tara, photographed in 1924.