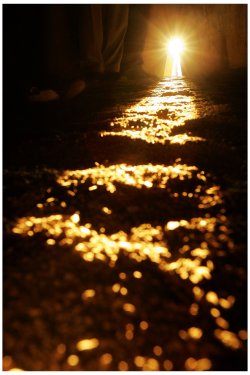 Article by Liam Fay printed in The Sunday Times December 26, 2004.

At sunrise on the year's shortest day, as every Irish schoolchild knows, a shaft of sunlight illuminates the central chamber of the megalithic passage tomb at Newgrange in Co Meath.

Less widely acknowledged is the equally spectacular effect that the sight of this simple sunbeam can have on the more wide-eyed of the reporters who convene to cover the event. In recent years, the annual Newgrange light show has turned their prose a funny shade of purple.

The 2004 award for the most florid dispatch from the golden dawn goes to Eileen Battersby, the Irish Times' literary editor who on Wednesday waxed long and lyrical about her Boyneside encounter with the winter solstice.

“Yesterday was perfection,” wrote Battersby. “In the flood of warm honey light, mere words became redundant. Tom Parlon, the minister of state at the Office of Public Works, exited the passageway as if he had seen a vision.”

For some of us, the presence of Parlon might have detracted slightly from the transcendence of the occasion, not least because of the suspicion that he was checking the tomb's suitability as a decentralisation office.

As though to prove her point about the redundancy of words, Battersby used a great many of them to say nothing much at all about the fact that the sun came up last Tuesday: “Honouring a late 20th-century practice, created by ancient man long before modern archaeologists had studied the calculated alignment of science and nature, Newgrange watchers gathered at the majestic late Stone Age monument.”

In translation, this sentence appears to mean that ancient man created a late 20th-century practice whereby people turn up to look at a passage tomb that they couldn't have seen before it was built.

A flowery overgrowth of non sequiturs and dubious assertions, Battersby's article was emblematic of a new form of Irish journalism that becomes dewy-eyed and almost incoherent in proximity to expressions of ancient pagan culture.

In recent years, large swathes of the population have become entranced by new-age mumbo jumbo. Sizeable industries are being built throughout the country around chakras and crystals, rebirthing and reflexology, pyramid power and psychotronics.

At the same time, a quasi-political movement has developed that denigrates the modern and scientific but worships the prehistoric and mythological. Forget radical chic, welcome to the equally facile era of mystical chic.

Rather than viewing the new Luddites with the scepticism they deserve, many in the media seem to have become spellbound by the babble of the tree-huggers and druids. The deadliest giveaway is when journalists start to use the same convoluted language.

The genius of Newgrange, we must remember, is that it was constructed to let light in, not obscure it.

Article by Liam Fay printer in The Sunday Times December 26, 2004. 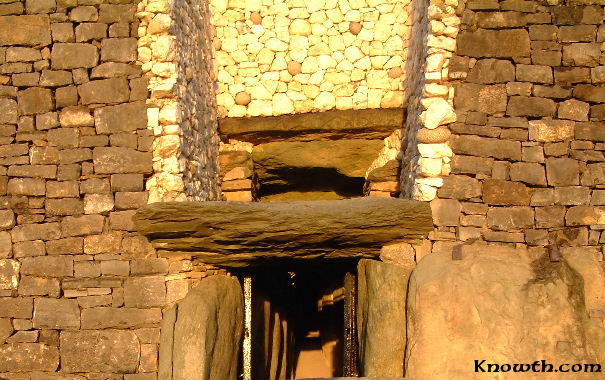 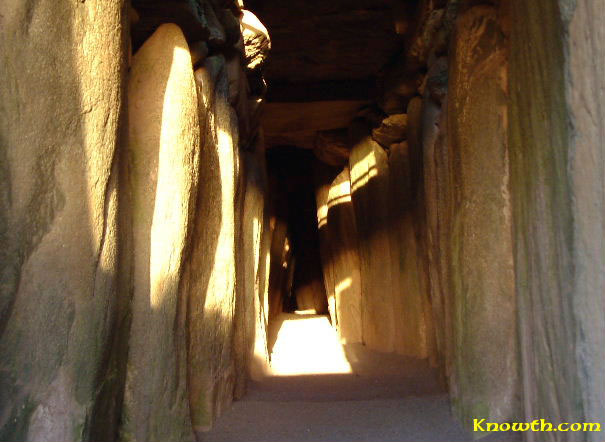 Sun light in the passage at Newgrange viewed from the entrance. 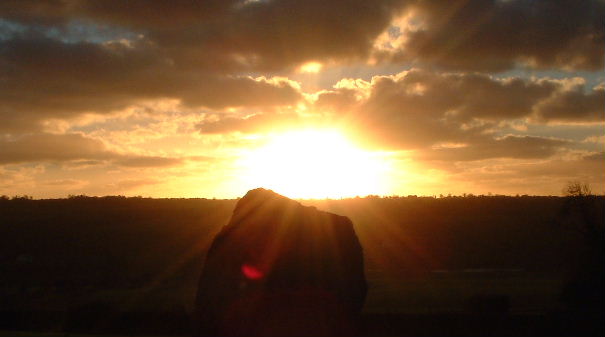 Sunrise over a standing stone viewed from the entrance of Newgrange.