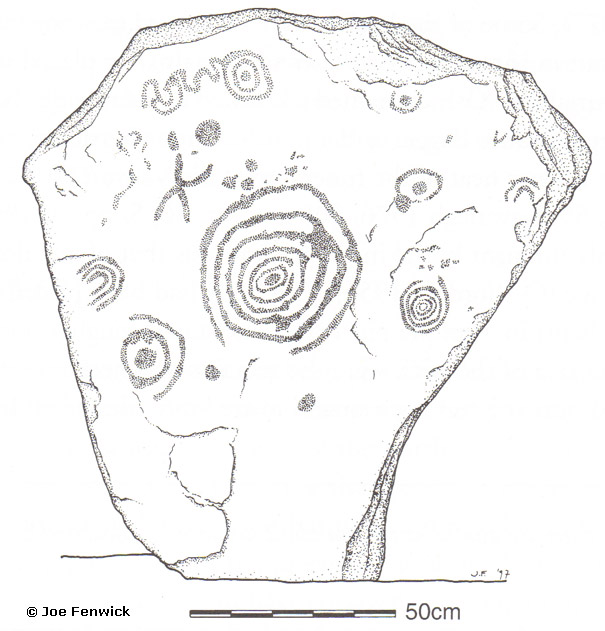 Drawing of decorated orthostat in the passage of the Mound of the Hostages (Duma na nGiall), Tara. Drawing by Joe Fenwick, Department of Archaeology, National University of Ireland, Galway.

The construction of the Mound of the Hostages

The construction of the Mound of the Hostages (Duma na nGiall) was probably during the second half of the third millennium BC. While the tomb (i.e. orthostatic passage, cairn and mantle of soil) appears to have been conceived of as a unit and completed in a single operation, its construction was carried out in stages, some of which evidently involved specific ritual behaviour. For example, the ground beneath the mound had been burned or scorched before the mound was built, suggesting, possibly, ritual cleansing preparatory to its construction.

Two burials were placed outside the passage before the stone cairn was constructed. These appear to have consisted of the cremated remains of a number of individuals, and were accompanied by a range of artefacts typical of passage tomb assemblages. These burials raise some interesting questions in their own right. How long, for instance, before the construction of the passage had these people died, and where were their remains kept during the intervening period? Were they propitiatory or dedicatory burials donated or taken from elsewhere? De Paor reports, in addition, that the mound was surrounded by a series of pits in which large fires had been lit. She does not, however, comment on their strati-graphic position, but simply remarks that by their presence they suggest elaborate ritual in the building of the mound, implying that she believed that these pits belonged early in the sequence of events. 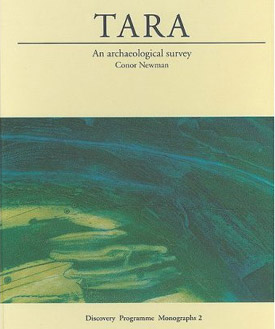 Furthermore, in his brief discussion of the contexts of the three radiocarbon samples from Duma na nGiall, Watts comments that one of them (which returned a range of 2875—1940 BC) came from a large fire that had been lit on the old ground surface close to the entry to the passage, and notes that according to de Valera the fire was either contemporary with or at most very slightly later than the building of the cairn.

Finally the Lia Fail may once have stood in front of the passage, like the stones before both the eastern and western tombs at Knowth. If it is indeed contemporary or coeval with the tomb, its extraction and conveyence from at least as far as the nearest outcrop of white granite (probably near Newry, Co. Down) should also be considered part of the ritual sequence, along with the extraction, transport and decoration of the orthostats comprising the passage and the stones and soil used to construct the mound.

Text from Tara - An Archaeological Survey by Conor Newman, published by the Royal Irish Academy (1997). 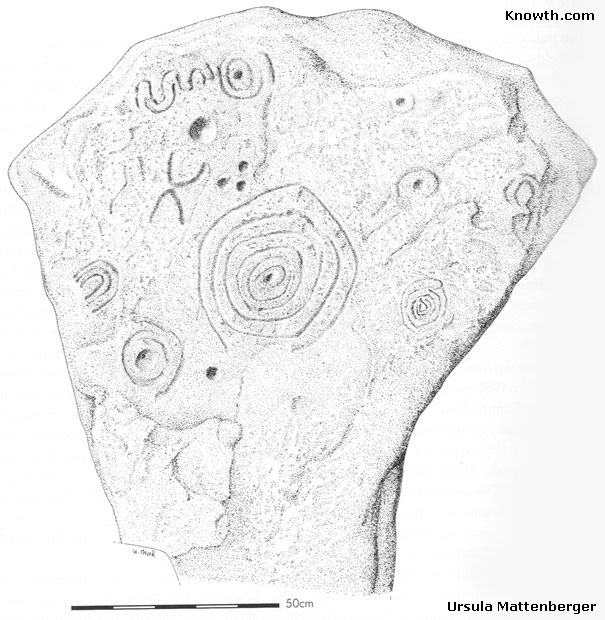