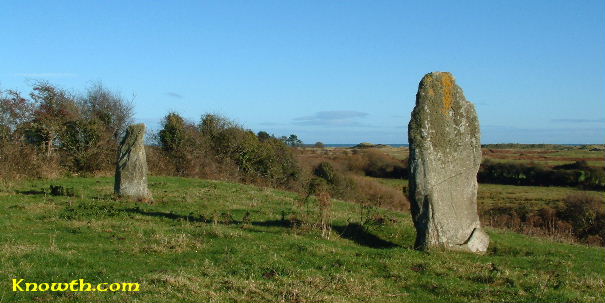 The two standing stones at Baltray are located on high ground north of the Boyne estuary near the sea in Ireland's Ancient East. The larger of the two stones is 3 metres high, the other stone is 2 metres high. The smaller stone is on higher ground, so when viewed from the highest point the stones seem level.

In 1999 a discovery linking the Baltray standing stones, the mid-winter solstice sunrise and Rockabill Island was made by Anthony Murphy of Mythical Ireland, artist Richard Moore and photographer Michael Byrne. The flat side of the larger standing stone points to Rockabill Island about 25km out to sea at the same angle as Winter Solstice rising sun.

Looking 16km to the south a mast near the megalithic tomb at Fourknocks is clearly visible. 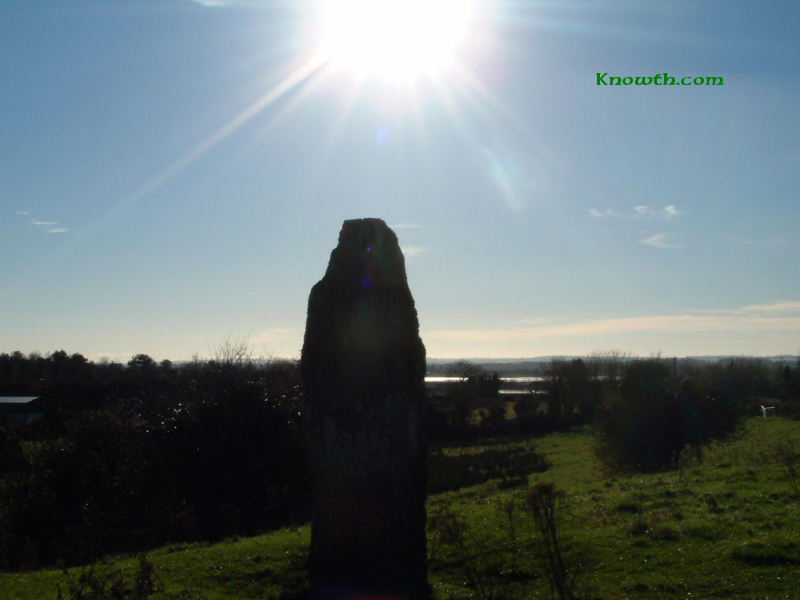