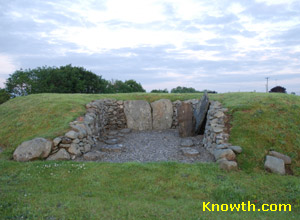 Townleyhall passage tomb is located just north of the large passage tombs at Newgrange, Knowth and Dowth. It is smaller and more basic in design than it's bigger neighbours and only a few of the original stones remain. Concrete markers show the position of the lost stones. On the mornings around the Summer Solstice, Townleyhall is a special place with the passage and chamber aligned with the rising sun.

I planned to be at Townleyhall for sunrise on June 21st 2011 but the weather conditions were not encouraging, so I waited for the first clear morning which was June 24th. It was a bright cool morning just 5°C (41°F) with a mostly clear sky. 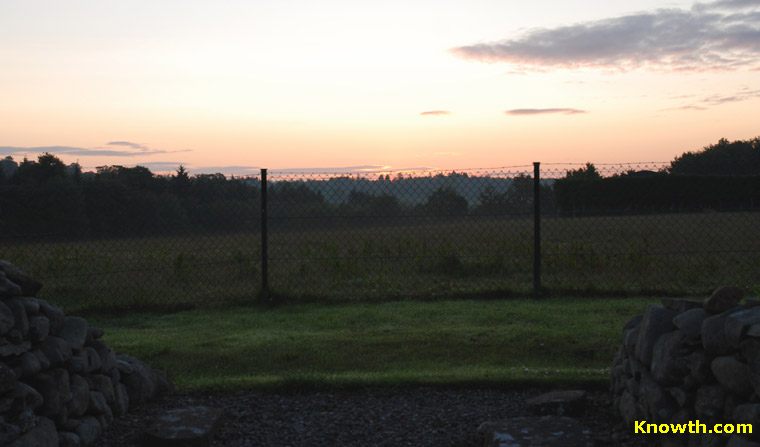 I arrived at Townleyhall at 5am and could already see the reflected light from the sun below the horizon. 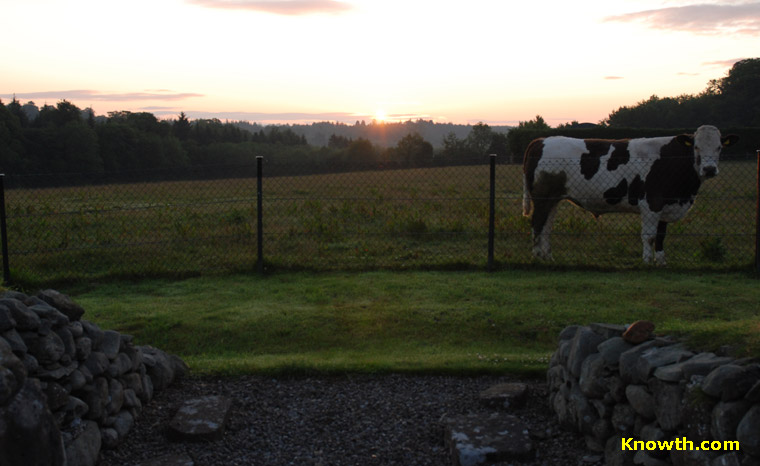 As the sun broke through some low cloud the cattle came to investigate. 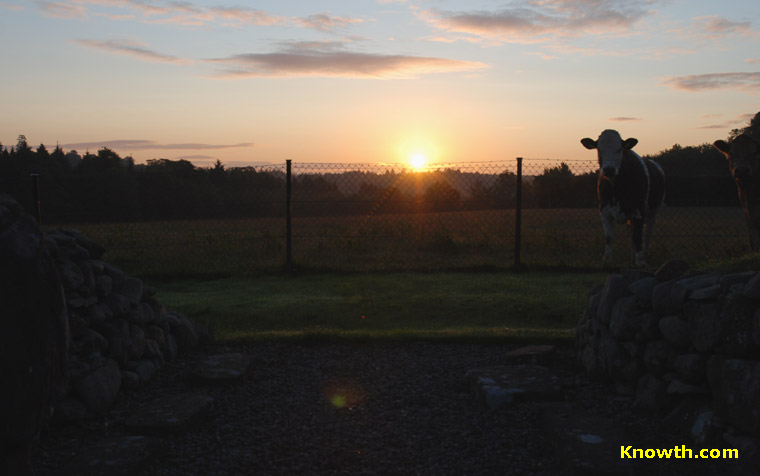 By 5:15am the sun was shining brightly in alignment with the passage and chamber.

My shadow on the stones at the back of the chamber show the perfect alignment of the rising sun. 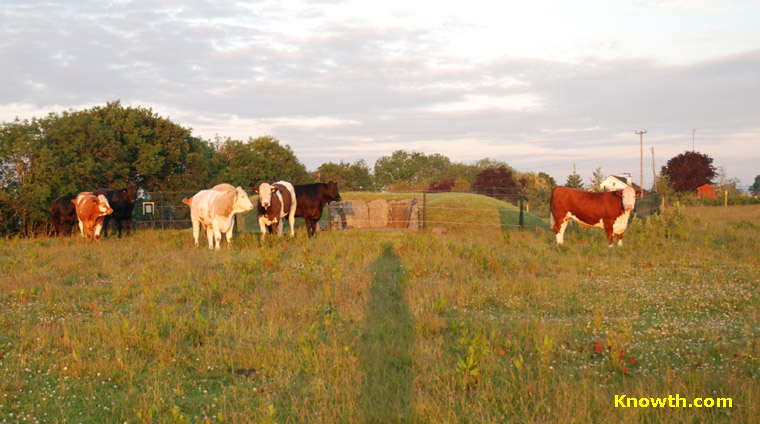 My shadow from further back in the field showing the alignment of the rising sun. 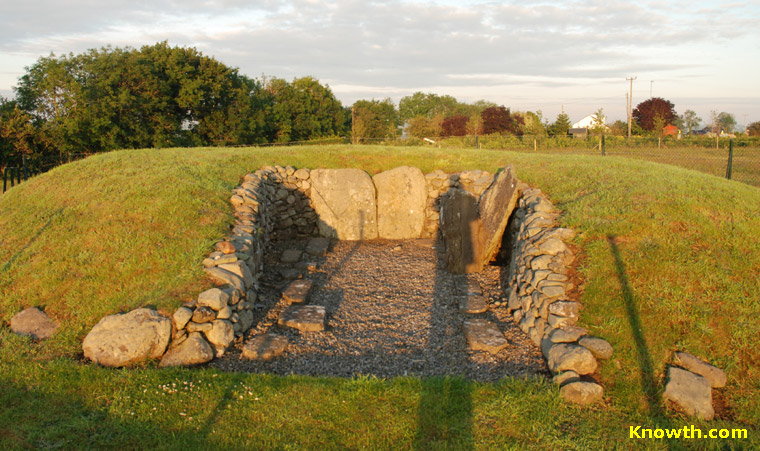 As shown by my shadow by 5:45am the sun had risen in the sky and moved south. 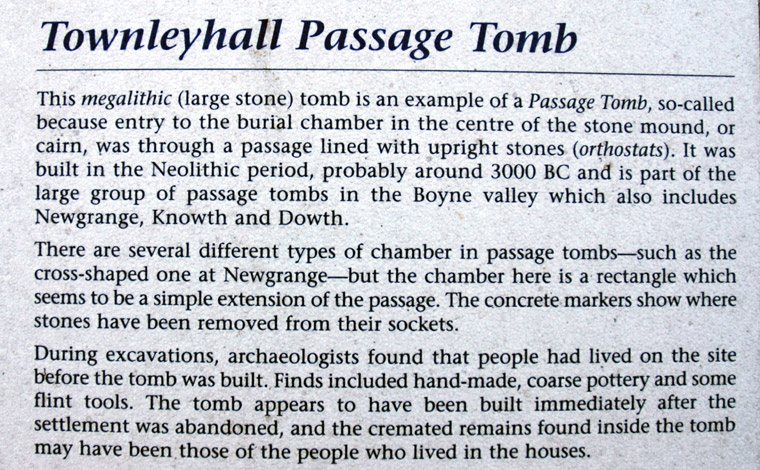