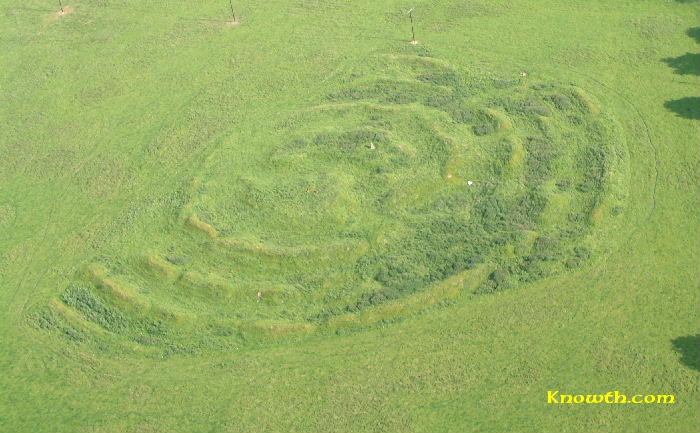 Tlachtga (Hill of Ward) near Athboy, Co Meath is 12 miles from the Hill of Tara. The earthworks which are about 150 metres in diameter are most impressive from the air. Tlachtga dates from approximately 200 AD and was the location of the Great Fire Festival begun on the eve of Samhain (eve of the 1st November). 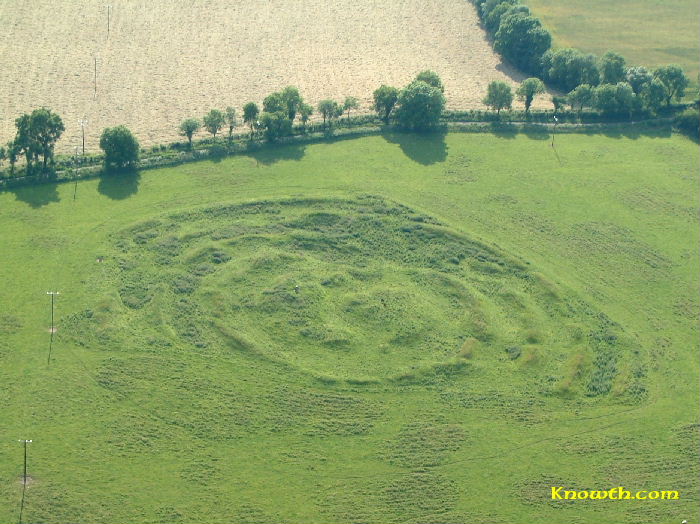 The festival probably lasted for least several days and centred on the god Lugh. The site takes it name from Tlachtga the daughter of the Druid Mug Ruith who died there giving birth to triplets. Tlachtga is clearly visible from Tara and the fire lit on the eve of Samhain was a prelude to the Samhain Festival at Tara. 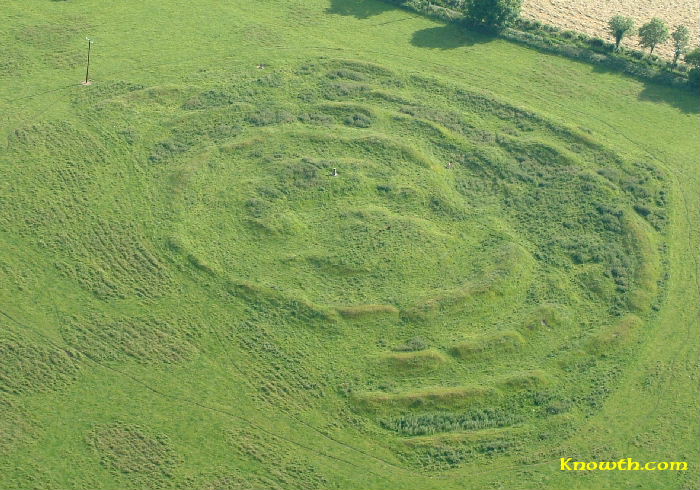 With the coming of Christianity the festival was incorporated into the Christian calendar as a time of remembrance for the holy souls, so the Samhain festival of the ancestors retained its relevance. The customs of Samhain that didn't fit into Christianity survived as Halloween. Irish immigrants carried the Halloween tradition to North America in the 19th century.