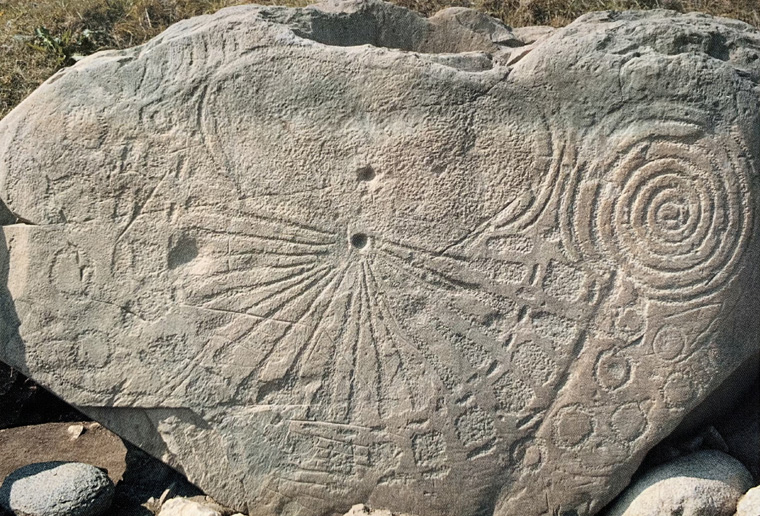 
Knowth is a Stone Age Passage Tomb in the Boyne Valley in Ireland's Ancient East and together with Newgrange and Dowth are the principal sites of Brú na Bóinne UNESCO World Heritage Site. Knowth is the largest passage tomb of the Brú na Bóinne complex. The main mound is about 12 metres (40 ft) high and 67 metres (220 ft) in diameter covering about 1 hectare (2.5 acres). It contains two passages placed along an east-west line and was originally encircled by 127 kerbstones of which 124 are still in place. 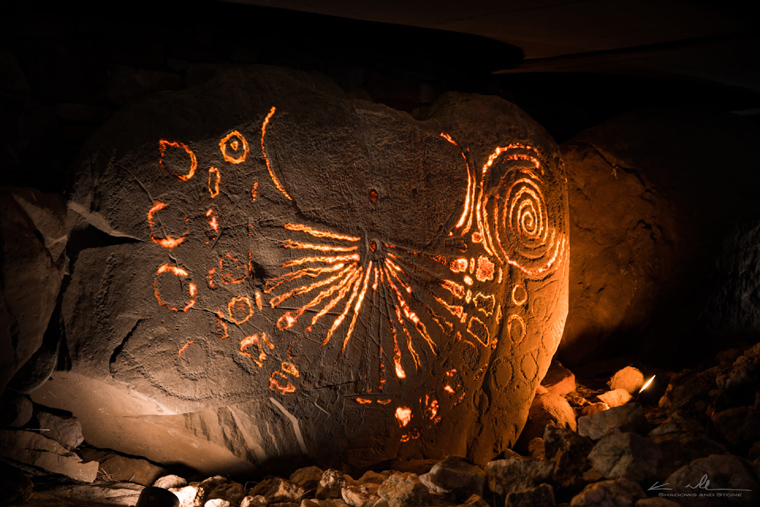 Knowth Kerbstone 15 illuminated for the spectacular opening sequence of the RTÉ TV 'Shine Your Light' winter solstice special which was broadcast on the 20th December 2020. Projection mapping by Algorithm, photo by Ken Williams. 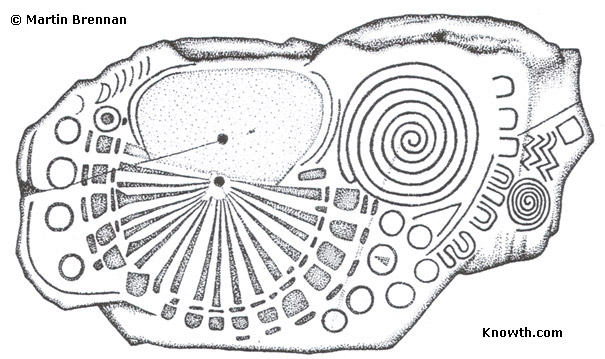 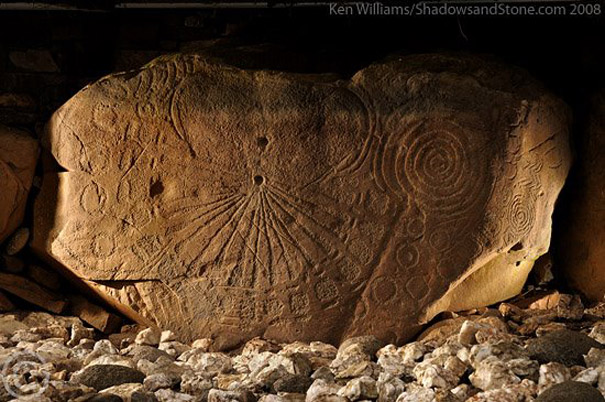 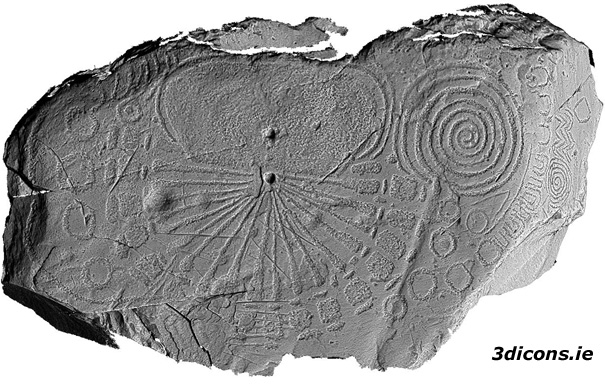 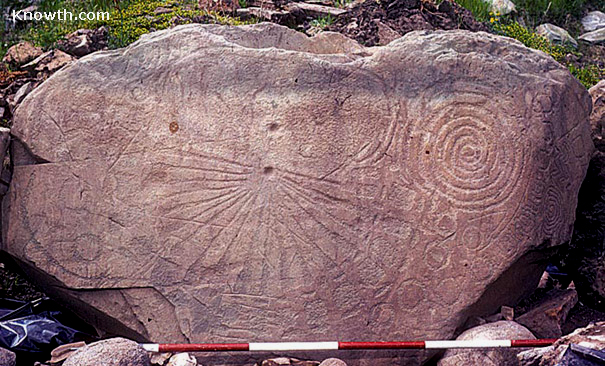 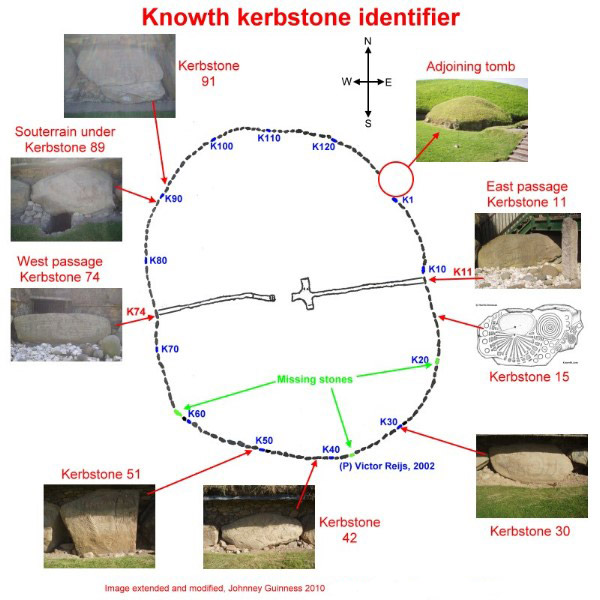 Images of all Knowth Kerbstones