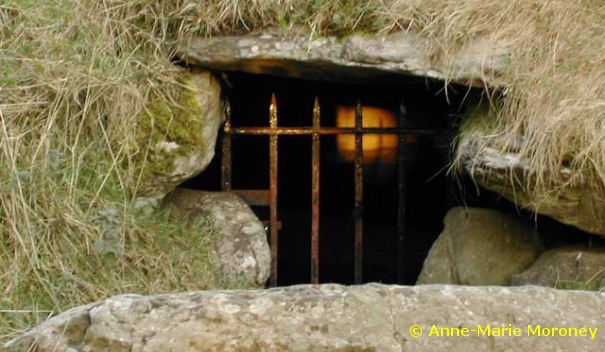 Anne-Marie Moroney has been observing winter sunsets at Dowth since 1997. The photography above shows the evening sun enter and illuminate the southern passage and chamber of the mound. From the beginning of October to the end of February the sun sends its rays from the south-west into the chamber. As the sun appears progressively lower in the sky towards the winter solstice, the beam, entering the passage in the space between the top of kerbstone K1 and under the lintel, travels first over the sill stone, then enters the chamber and finally shines directly onto the stones at the back of the chamber. 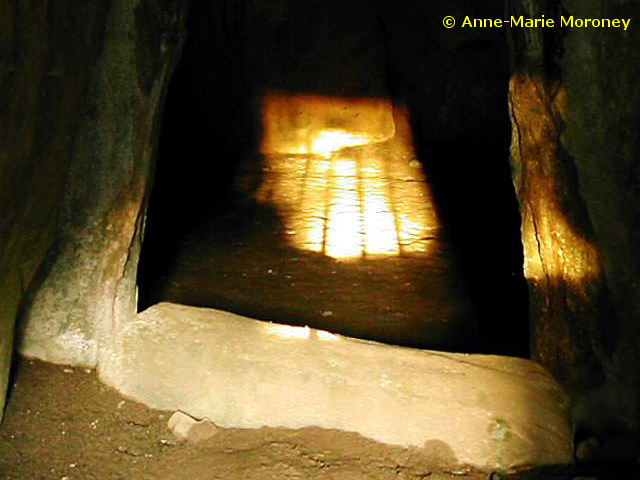 Image of the sun illuminating the chamber, photographed on January 11th 2003 by Anne-Marie Moroney. The lines are a shadow of the bars in the entrance gate. The stone to the front of the image is the sill stone at the entrance to the chamber. 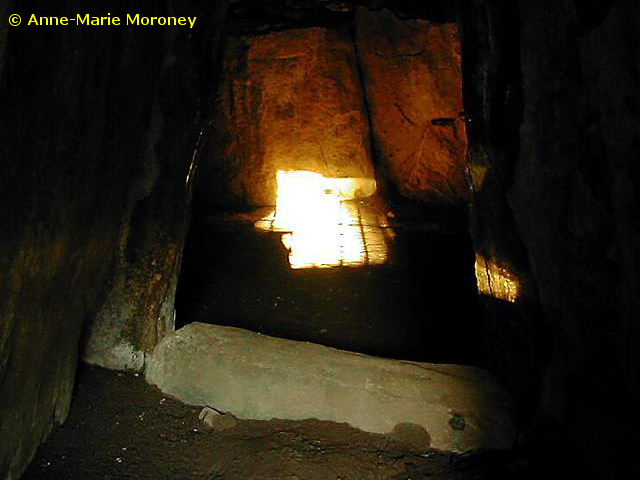 Image of the sun illuminating the chamber, photographed on January 5th 2003 by Anne-Marie Moroney. The beam of the sun is so strong that the whole chamber is lit up . The sunlight is also reflected from stone C7 into a dark recess on the southern side of the chamber where it illuminates decorated stones. 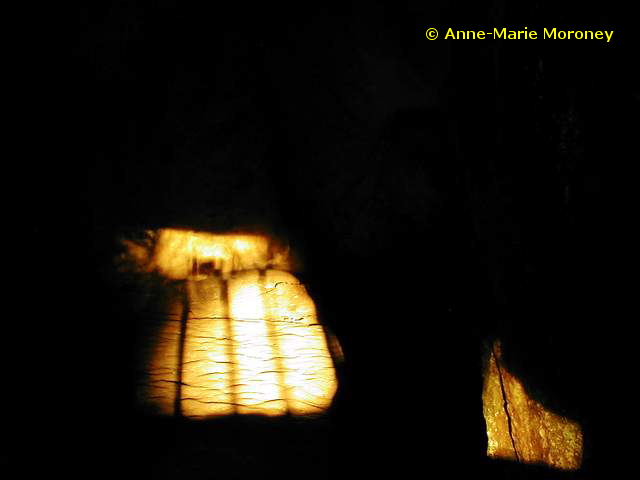 Evergreen trees to the west of the mound at Dowth are literally a growing problem, obstructing the sun beam into the passage and chamber. Since 1997 when Anne-Marie Moroney began observing winter sunsets at Dowth, the trees have become more obstructive each year. This image photographed on December 11th 2003 shows the effect of the trees. 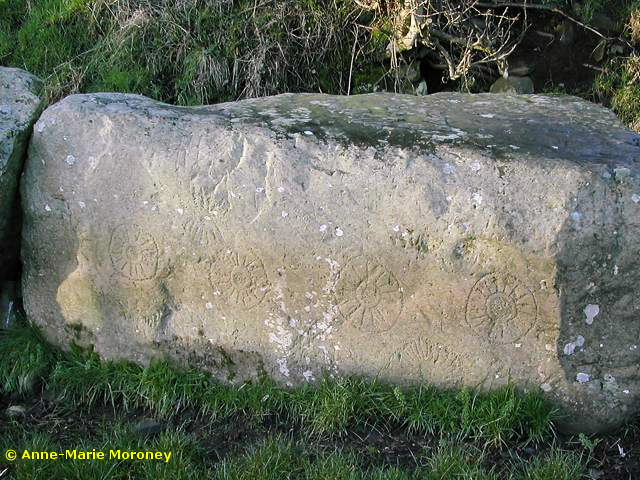 Front of Dowth Kerbstone K51, photographed shortly after sunrise at 9:28am January 9th 2004 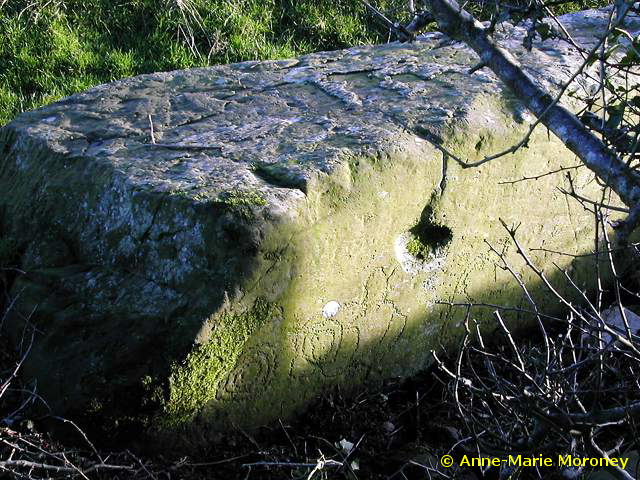 Anne-Marie Moroney gives an account of her observations in the book 'Dowth Winter Sunsets'.